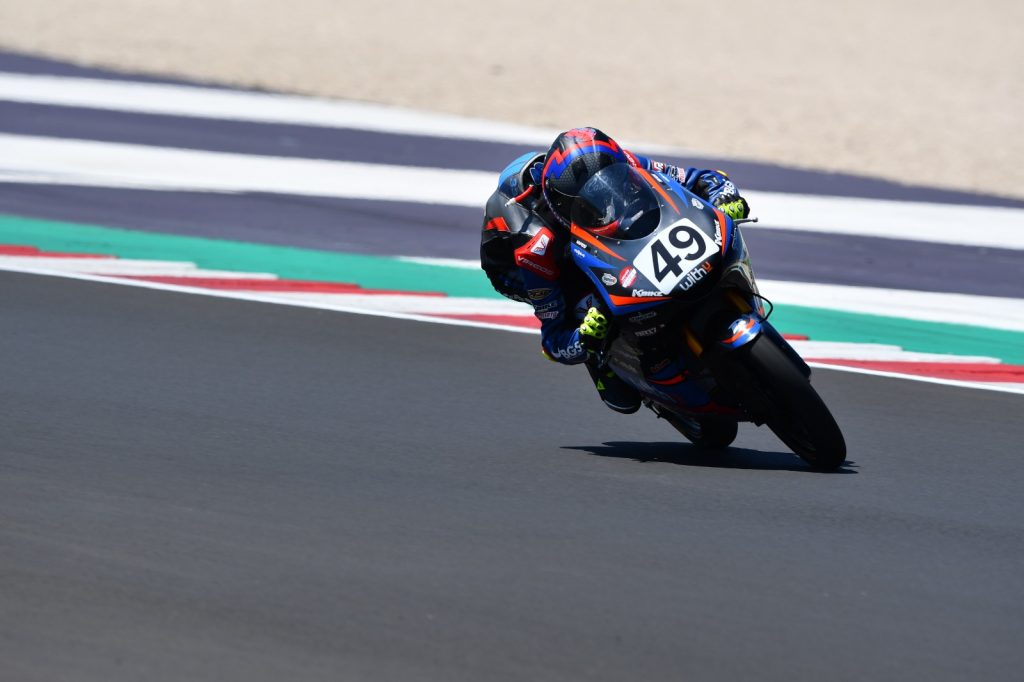 Second weekend of Italian Championship positive for the Bucci Moto Team, which both in Moto3 with the BR17GP3 in its Yamaha 450 version and in Premoto3 with the 250, having good results in a great growth, especially in the king category, comparing to the first round, with Mongiardo and Morri who improved a lot on Misano’s track.

The great work of Claudio Bucci and all the team in the workshop gave good results, with the gap to the top decreased a lot, starting from the first free practices of Thursday, with Mongiardo who started to ride with good laptimes from the first sessions.

Improvement which was seen also during the race, more over in the second one in which Mongiardo finished in 11th place, then became 12th due to a penalty for exceeding track limits, while Morri touched on the points zone with the 16th place at a very few tenths from the target of points. 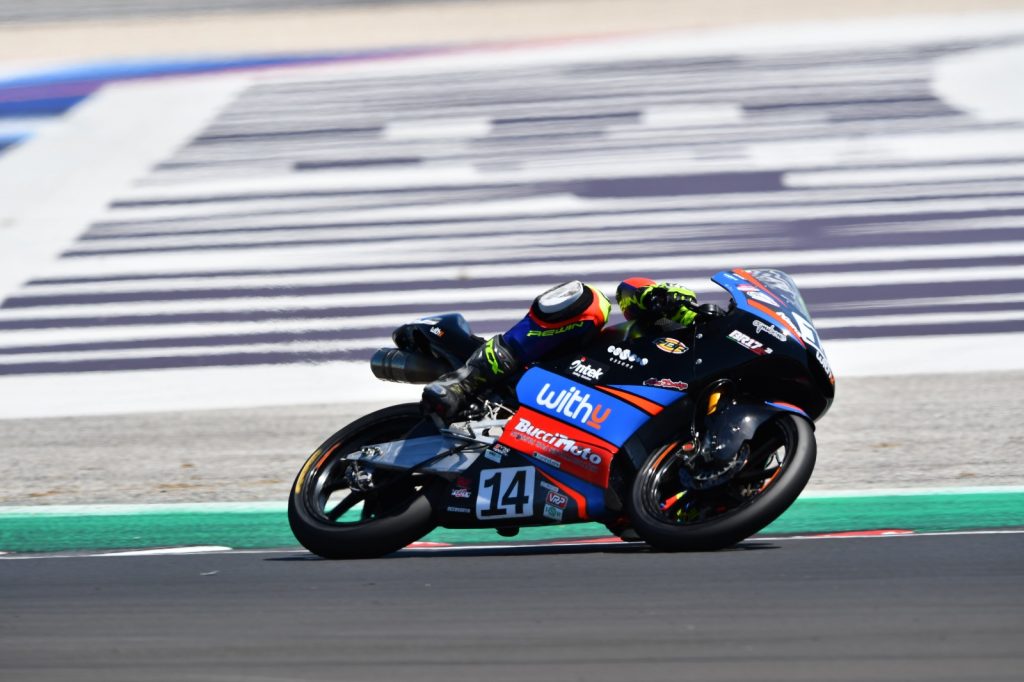 Very important for both the riders was the improvement on laptimes and race pace, with Mongiardo who broke the 1.46 wall while Morri completed a good race, gaining the high 46 and having a good pace, constant, expect for very few laps.

Satisfaction also in the Premoto3, which saw Samuele Santi gaining the 10th place in qualifying despite a small crash at the start of the session, which forced him to ride not in the best technical conditions, to then complete two quite good races, improving especially the aspect which was to do, the start.

Eleventh and tenth position for Samuele, at his first race at Misano, with a good improvement range to show in the next races, starting from Imola to then, to complete a first year of experience of the very young modenese rider. 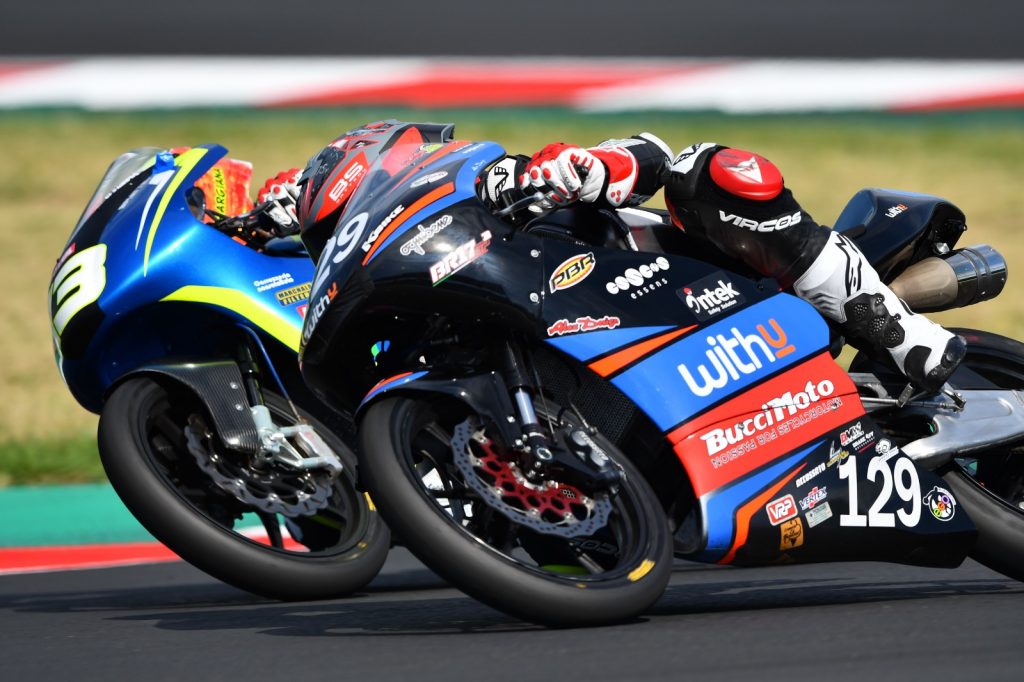 With satisfaction for the improvements, next appointment with the Italian Championship is at Imola for Bucci Moto, in the weekend of 5th and 6th september, with the third round ofn the historic track dedicated to Enzo and Dino Ferrari.

Claudio Bucci: “I’m very satisfied of the improvements we made during this weekend. The Moto3 for us is a completely new bike and the fact we reduced a lot the gap from the top, working on the break between the two race weekends is very important. Also Francesco and Matteo had a very good improvement during the weekend, going on to ride on good laptimes, reason why we can be happy. In Premoto3 we confirm a solid package for the top 10, with Samuele who improved a lot the starts, but still has to improve on other aspects but it’s normal considering he’s only at his second race weekend of his career in high wheels. We are confident we can still improve a lot, and we can’t wait to be back on track at Imola. I want to thank all the sponsors which support us during this adventure”